PBL is more than just #EdTech

I was touring our campuses today and stumbled across a group of middle school students working on their catapult projects. 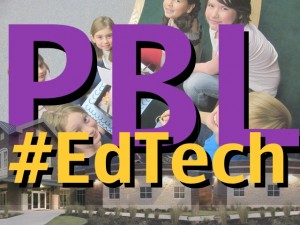 Speaking with these students reminded me that Project Based Learning has been around for quite a while and it involves much more than just #EdTech. These students were actively involved in improving their designs to make their catapults shoot further. This was your typical “dad made” type of project. (I apologize to any moms who have made these.) However, the students were not only able to articulate how it worked, they were making adjustments on the fly.

I asked what they were learning. The boys responded, “I think it has something to do with writing lab reports.”  “No, no, no!” one of the girls interrupted, “Its about Newton’s laws. We have to write up how the laws work with the catapult. You know, for every action there is an equal and opposite reaction. Things in motion tend to stay in motion. Things at rest, tend to stay at rest. That stuff.” 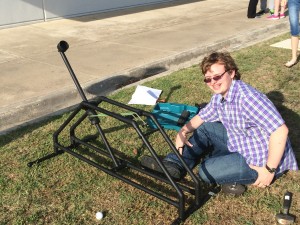 Clearly the group of girls had a firmer grasp on the assignment than the group of boys, which was fun. They also had the better catapult. One of the two groups of girls had a catapult with a high tension spring and a trigger mechanism to keep them safe. (Great features, Dad.) Though not as fancy as the sleek, black catapult 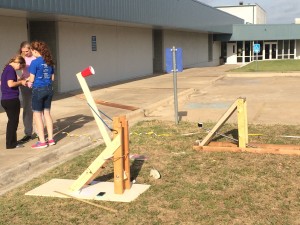 built by the boys, theirs out performed it, throwing more than 3 times the distance. (Go Girls!)

The main point is that the students were learning in a collaborative environment which encouraged risk taking and innovation. They received help from home, but then made adjustments in their design in order to be competitive. They could also articulate at least some if not all of the instructional objectives related to the project. All in all, a great example of simple project based learning. As for the technology, well, even medieval technology can promote learning when properly applied!